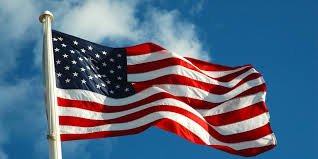 Calling hours at Norton Funeral Home, 13081 West Church Street, Savannah, at a time and date to be announced. Burial will be in the Butler Savannah Cemetery at the convenience of the family.

Alan was born on May 5, 1945 in Geneva the son of the late Earnest and Florence (Platman) Keebler. He was a graduate of Geneva High School. Alan served in the US Navy from October 4, 1965 to October 2, 1967. He retired from Upstate Farms, Syracuse, as a Route Supervisor after 20 plus years of service. He was a volunteer at the South Butler Cemetery and at the South Butler Fire Department. Alan enjoyed Golfing, Bowling and fishing.

He is survived by his loving and supportive wife of 35 years, Cindy L. (Marsden) Keebler whom he married on February 14, 1986; a son Michael (Kelly Fitzgerald) Keebler; grandchildren Sabryna, Zackary, Katelyn and William Keebler; a sister, Janet and a brother Robert Keebler; several nieces nephews and cousins.

Alan is preceded in death by his brother Richard and a sister-in-law Mary Keebler.

Condolences may be expressed at www.HSNORTON.com.

To send flowers to the family or plant a tree in memory of Al Keebler, please visit Tribute Store

A Memorial Tree was planted for Al
We are deeply sorry for your loss ~ the staff at Norton Funeral Home - Savannah
Join in honoring their life - plant a memorial tree
Services for Al Keebler
There are no events scheduled. You can still show your support by sending flowers directly to the family, or planting a memorial tree in memory of Al Keebler.
Visit the Tribute Store

Share Your Memory of
Al
Upload Your Memory View All Memories
Be the first to upload a memory!
Share A Memory
Send Flowers
Plant a Tree