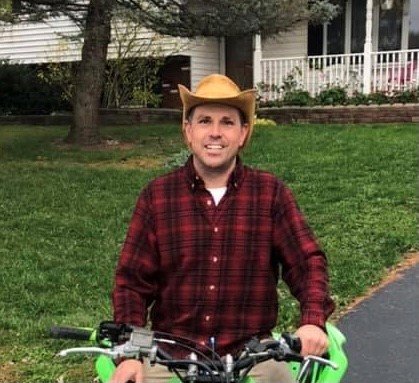 He was predeceased by Grandfather, Richard Baker and children’s mother/longtime friend, Hayley King.

Danny was a lifelong resident of Clyde, NY. He graduated from Clyde-Savannah High School. His entire career was in the construction/carpentry trade.

Most of his summer days were spent out at his parents with all his daughters and newly born son and grandson swimming in the pool, cooking out and going for 4-wheeler rides. He enjoyed baking/cooking, walks, bike rides with his family, the outdoors, and his boots.

Danny was highly intelligent. He was everyone’s go to for anything they couldn’t figure out or accomplish alone. He could build, fix, or solve anything/any problem. He had a way about him that made people drawn to him. His smile was always so bright and contagious. He always had the best advice and stories about life.

To know Danny was to love him.

Friends and family are invited to call 4-7pm, Thursday, June 24th at Norton’s Funeral Home, 13081 W Church St, Savannah, NY 13146. There will be a graveside service at 10am, Friday, June 25th at St. John’s Cemetery , Geneva St, Clyde, NY.  In lieu of flowers, please consider donations to his family for his young children. Checks can be made out to Rachael Walter, 171 Lock St. Clyde, NY 14433. Condolences may be expressed at www.HSNORTON.com.

To send flowers to the family or plant a tree in memory of Danny Hollier, please visit Tribute Store
Thursday
24
June

Share Your Memory of
Danny
Upload Your Memory View All Memories
Be the first to upload a memory!
Share A Memory
Send Flowers
Plant a Tree