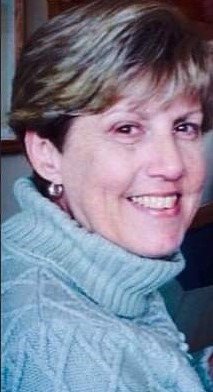 Jude was born on Tuesday, September 16, 1947 in Sodus NY to Floyd L. and Dorothea M. Mitchell. She was the youngest of 7 children.  She departed this life on Wednesday, November 18,  2020 at the Mercy House of the Southern Tier in Endicott NY due to Non-Hodgkins Lymphoma Cancer.

Jude graduated from Sodus Central School District with the class of 1965 and continued on to receive an Associate's Degree in Secretarial Science from the State University of New York at Morrisville in 1967.

She was married to G. Robert Chapin on March 29, 1969. They celebrated 29 years of marriage before Bob passed away unexpectedly in 1998.

She worked at Kodak and Zerox before becoming a mother to 4 children.

Jude then became a Teacher's Aide at North Rose - Wolcott School District working many years in Special Education.  She worked at the Leavenworth Middle School, Florentine Hendrick and North Rose Elementary. She made many dear lifetime friends while working in Education. She also enriched many young students with her kindness and patience for 20 years before retiring in 2006.

In retirement she enjoyed her friends and family.  She loved traveling to visit them. She also shared her family camp in the foothills of the Adirondack Mountains with friends and family as often as she could.  She had great joy tending her flower gardens and visiting flower nurseries.  She was a wonderful cook and baked delicious baked goods.  She had so many recipes.  She also loved photography and took many pictures with her prized Kodak camera.

Memorials may be given to:

Mercy House of the Southern Tier

To send flowers to the family or plant a tree in memory of Judith Chapin, please visit Tribute Store
Saturday
17
July

Share Your Memory of
Judith
Upload Your Memory View All Memories
Be the first to upload a memory!
Share A Memory
Send Flowers
Plant a Tree