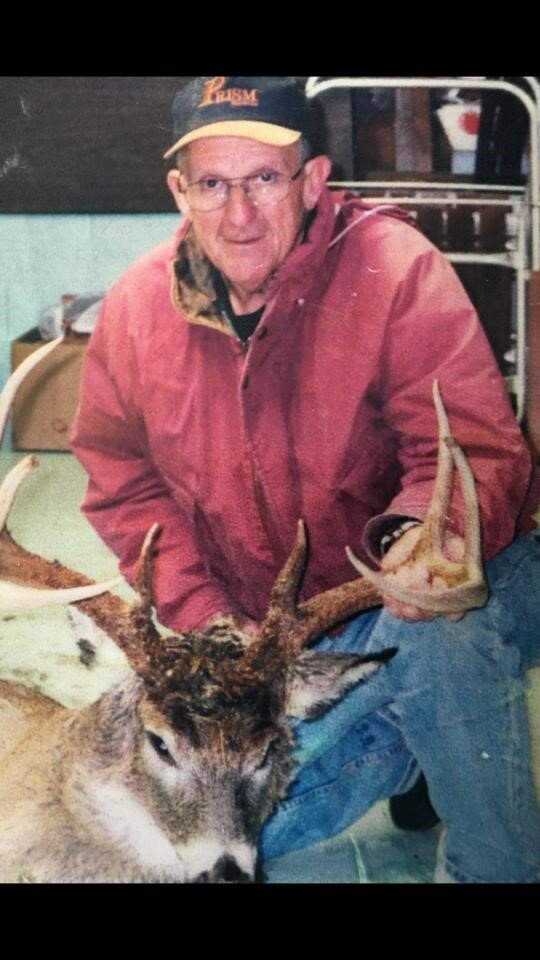 Please share a memory of James to include in a keepsake book for family and friends.
View Tribute Book

Clyde: Passed away on Monday, November 29, 2021, at the age of 83. Jim died peacefully with his beloved wife Mary by his side.

Jim was born in Galen, NY on December 5, 1937, to Elmer and Helen Barnes. The 5th oldest of 10 children, Jim was dedicated to his family. He helped on his family’s small farm and had a love of cars from an early age. After graduating from Clyde High School, Jim was married to Mary (Longrod) Barnes in 1961 and began his first career as a mechanic at Baldy’s Gas Station that spanned over 20 years. Jim will always be remembered as a man that could fix anything and a friend to everyone. Jim’s second career took him to Thomas Electronics where he spent his time as a dedicated building custodian.

Jim had many hobbies which included tending his bed of asparagus and large garden, hunting both at home and up north in the Adirondacks, working in his woodshop and many camping adventures with family and friends. Jim had a sense of humor that could make anyone laugh and create a new friend in just moments. The world has lost a great husband, father, brother, grandfather, and friend to many.

Jim was preceded in death by his parents, his sisters, Caroline and Sue; brother, Alvin (Barney), and his granddaughter Alexandra. He is survived by his wife, Mary; children, Deborah (Garry) and Mark (Wendi); grandchildren, Brittany, Garry, Justin (Shawna), Jacob and Julia; his great-grandson, Noah James; and his 6 brothers and sisters Beverly, Barb, Bob, Ginny, Dick and Steve. Jim also leaves behind many loving nieces, nephews as well as his cherished dog, Cutter.

A Celebration of Life will be planned for Summer of 2022. People wishing to honor Jim can make a donation to Golisano Autism Center, Putting the Pieces Together Campaign. Attn: Beth Ciardi, 50 Science Parkway, Rochester, NY 14620. Condolences may be expressed at www.HSNORTON.com.

To send flowers to the family or plant a tree in memory of James Barnes, please visit Tribute Store

Look inside to read what others have shared
Family and friends are coming together online to create a special keepsake. Every memory left on the online obituary will be automatically included in this book.
View Tribute Book
Services for James Barnes
There are no events scheduled. You can still show your support by sending flowers directly to the family, or planting a memorial tree in memory of James Barnes.
Visit the Tribute Store

Share Your Memory of
James
Upload Your Memory View All Memories
Be the first to upload a memory!
Share A Memory
Send Flowers
Plant a Tree