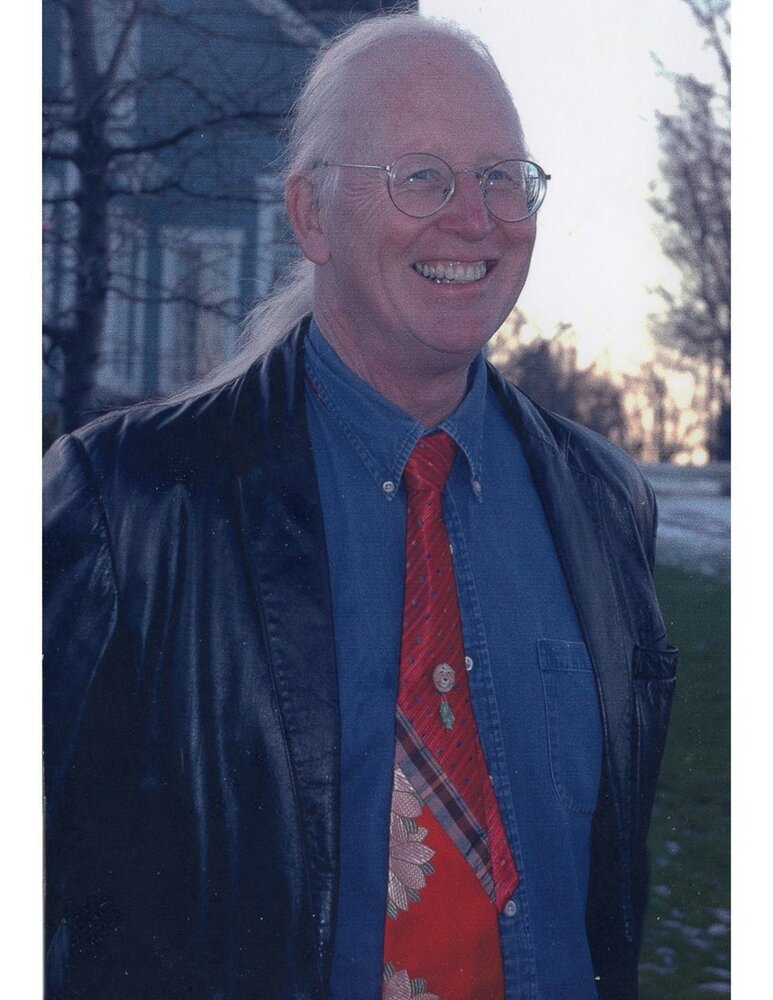 Please share a memory of Thomas to include in a keepsake book for family and friends.
View Tribute Book

Sodus Point: Tom passed away peacefully surrounded by his family at Rochester General Hospital on December 10, 2021, after a long battle with metastatic prostate cancer. Tom was born September 25, 1946, in Bridgeport, Connecticut. He is survived by his loving wife, Martha; his children, Choli Aronson (Noel), Dessa, Aylish (Natatyana), Bridyn; his sibling, Bill (Lynda); four grandchildren, Zachary, Tabitha, Amerson, and Stokely; and many nieces and nephews. Tom was predeceased by his parents, Ralph and Beatrice Lightfoot. He was a beloved father, husband, and friend to many in the Sodus Point and Rochester academic and art community. His generosity and commitment to many community organizations will be missed.

Tom was a dedicated and beloved art professor and chair of the Fine Art Department at Rochester Institute of Technology for thirty-three years. He graduated with a BA from the University of Connecticut, a master's degree in art from the Instituto of San Miquel de Allende, and a Ph.D. in art education from Columbia University. He mentored many students and colleagues and was known for his kind and gentle ways. He was also an accomplished artist, devoted husband, and proud father. He enjoyed art, music, travel and shared his love of learning with others. He was very involved in his retirement with many organizations in Sodus Point, from the President of the Sodus Bay Historical Society to the Village Historian. He continuously contributed to various projects in Sodus Point, from signage to designing placards for the Neighborhood Association of Sodus Point. His experience on the water in Cape Cod and Sodus Point influenced him to help others discover the same love for sailing and recreation. He was a founding member of the Sodus Bay Junior Sailing Association Sailorship Committee.

A celebration of Tom's life will be held at the convenience of the family in 2022. In lieu of flowers, please consider a contribution in his memory to the Sodus Bay Historical Society, PO Box 94, Sodus Point NY, 14555 and the Thomas R. Lightfoot Memorial Sailorship, SBJSA, Box 117, Sodus Point, NY,14555. Designate "Thomas R. Lightfoot Memorial Sailorship Fund" on the memo line. Condolences may be expressed at www.HSNORTON.com.

To send flowers to the family or plant a tree in memory of Thomas Lightfoot, please visit Tribute Store

Look inside to read what others have shared
Family and friends are coming together online to create a special keepsake. Every memory left on the online obituary will be automatically included in this book.
View Tribute Book
Services for Thomas Lightfoot
There are no events scheduled. You can still show your support by sending flowers directly to the family, or planting a memorial tree in memory of Thomas Lightfoot.
Visit the Tribute Store

Share Your Memory of
Thomas
Upload Your Memory View All Memories
Be the first to upload a memory!
Share A Memory
Send Flowers
Plant a Tree