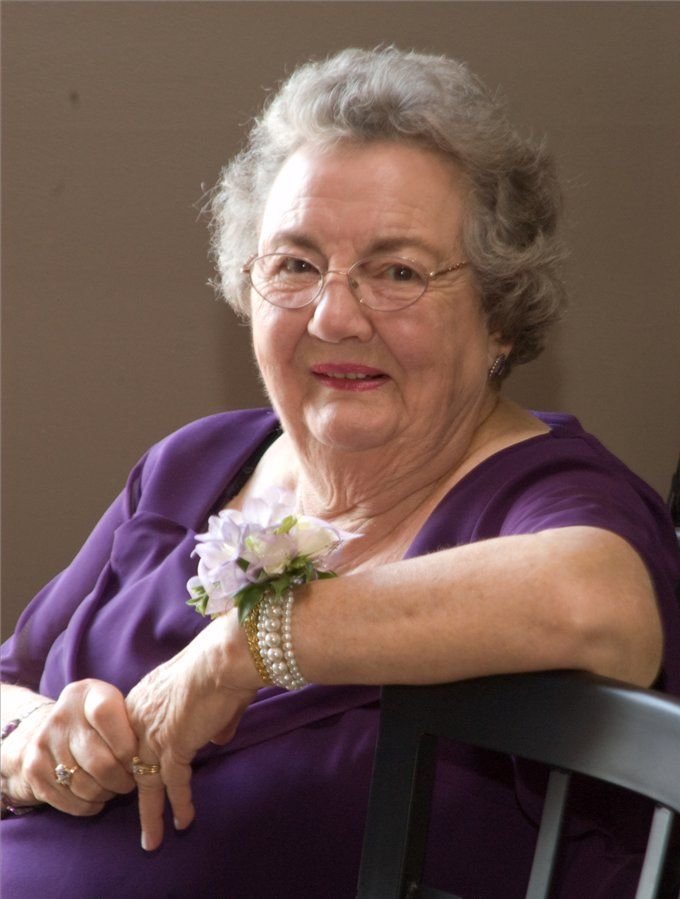 Please share a memory of Mary to include in a keepsake book for family and friends.
View Tribute Book

Mary Piekunka, age 92, died on March 27, 2021. She graduated from Sodus Central School in 1947 and then attended Katharine Gibbs Secretarial School in Boston, MA.  After graduation she was secretary to the vice president in charge of publicity at Cornell University and later to the candy and music buyer of Neisner Brothers in Rochester.  She married her husband Sigmund (known to his friends as Ernie) in 1951. She became a housewife and mother to six children.  Mary also worked alongside her husband operating Piekunka Cleaners, Inc., and their laundromat, Ernie's Fabric Care Center.  Throughout their married life they took great pleasure in active participation in civic and social matters.  She lived in Sodus for over 80 years.

She was very involved in her church, the Church of the Epiphany, working on many committees and holding various offices.  She also spent many hours researching and writing the Church of the Epiphany history.  She enjoyed serving with the Myers Community Hospital Twig Association, the American Legion Auxiliary, Sodus Bay Historical Society, the Sodus Point Information Center, and the Board of Elections.  She was a long time member of the Sodus Chamber of Commerce.  She and her husband received the Sodus Chamber of Commerce Citizen of the Year Award 2006 for all their contributions to the Sodus community.  They were also recognized on the floor of the New York State Senate and the U. S. House of Representatives for their contributions to their community.

Her desire to travel took her to many historic places in the United States, Canada, Mexico, and Europe.  Another hobby of hers was collecting recipes, experimenting and developing new recipes, and sharing her cooking and baking with her friends.  She also liked to share the flowers from her garden with shut-ins, friends, and organizations.

Friends may call Friday, April 9, 4-7 PM at Norton Funeral Home, 45 West Main Street, Sodus.  A Mass of Christian Burial will be held on Saturday, April 10 at the Church of the Epiphany, 105 West Main Street, Sodus, at 10:30 AM.  Interment Sodus Rural Cemetery.  Contributions may be made in Mary’s memory to the Church of the Epiphany, Sodus Town Ambulance Corps, P.O. Box 344, Sodus, or to Sodus Community Library, 17 Maple Avenue, Sodus, 14551.

To send flowers to the family or plant a tree in memory of Mary Piekunka, please visit Tribute Store
Friday
9
April

Share Your Memory of
Mary
Upload Your Memory View All Memories
Be the first to upload a memory!
Share A Memory
Send Flowers
Plant a Tree