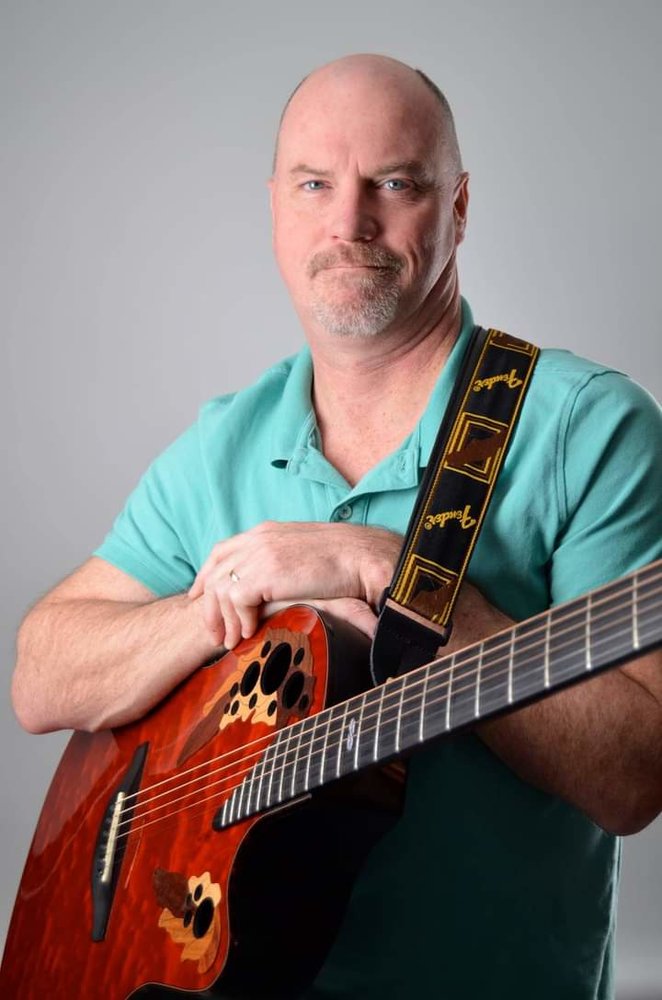 On Tuesday April 13, 2021, John Faulks, loving husband and father, passed away at age 58 surrounded by loved ones.  John was born on November 30, 1962 in Mount Kisco, NY to Wilfred “Skip” and Francis “Frannie” Phelps Faulks. After receiving his Bachelor’s in Communications from SUNY Oswego in 1985, he brought his telecommunications and video editing skills to various organizations before creating his own business, Digital Vision Incorporated. He also served the Town of Sodus as a Councilman and was an active Board Member of the Williamson Driftriders Snowmobile Club.  On June 22, 1985, he married Lynda (Julian) Faulks, and together they raised Joshua who was born on August 23, 1996.  John had a love for music. He shared his musical talent not only with his family, but all those who watched him perform with numerous bands, including “Generation Gap”, “Velvet Elvis”, “Man I Dog” and JJ Strut. He was also a regular performer at the Sodus Central School Graffiti Night as a member of the “After School Special” Band.   He loved football, was a diehard fan of the Miami Dolphins, and took several trips down to Miami with his family to enjoy games. He was known for his dry sense of humor, his passion for discourse, and his kind and compassionate spirit.  John was preceded in death by his father, Wilfred Faulks, mother, Francis Phelps, twin brother Mark Faulks, and sister Marie “Pixie” Nardi. He is survived by his wife Lynda, son Joshua, brother James Faulks, sister-in-law Joelle Faulks, sister Dorcas Mahon, brother-in-law Michael Mahon, sister Betsy Huntington, along with many very special nieces, nephews, cousins, and friends.

A funeral service will be held on Saturday, April 17, 2021 at the First United Presbyterian Church of Sodus at 1 pm.  The service is limited only to family due to COVID but will be streamed LIVE on Facebook at a special event being held at the Williamson Driftriders Club Pub, 7639 North Centenary Rd, Sodus, NY. The service will be followed by a “Celebration of Life” in John’s honor at the Club.   In lieu of flowers, please send donations to the Sodus School District, PO Box 220, Mill St. Ext, Sodus, NY 14551, CO:  Robert Burlee including the memo: “John Faulks Memorial Fund.”  The funds will be used annually to recognize a Sodus High School student who demonstrates a passion for music, AV, and/or technology.  John always recalled his love for music and technology when he was young but was unable to afford the equipment.  It was his goal to recognize a student with his same passion. Condolences may be expressed at www.HSNORTON.com

To send flowers to the family or plant a tree in memory of John Faulks, please visit Tribute Store
Saturday
17
April