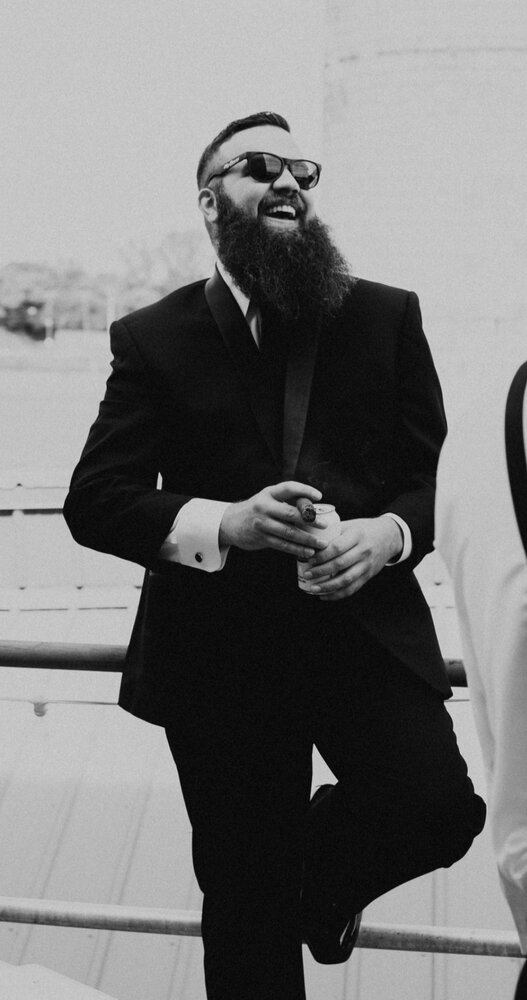 Please share a memory of Bryce to include in a keepsake book for family and friends.
View Tribute Book

Bryce enjoyed playing golf and basketball throughout his years at North Rose-Wolcott High School and was nominated the class clown when he graduated in 2007. He continued to play golf as an adult, and he loved his Miami Dolphins football team despite being teased about it. He looked forward to and thoroughly enjoyed camp week each summer with a group of his best friends; friends can recall he would wear the shortest jorts, grow out the worst mustache and bust out the best moves of the week. Bryce also participated in and attended numerous weddings; there were so many over the years!

People of all ages were immediately drawn to Bryce; he was witty, a big flirt, had an infectious laugh and the extraordinary ability to make others laugh as well. He had a big, beautiful smile that would light up a room and a personality that was even bigger. He will always be remembered as the life of the party and the first person to hit the dance floor. Bryce will forever be deeply loved and missed by his family and friends; our lives are all richer for having known him.

A full life is not measured by the number of years we live, but rather by the life in the years that we have. Bryce lived his life to the fullest.

Friends and family are invited to call 2:00pm-4:00pm & 6:00pm-8:00pm Friday, January 7th, 2022 at Norton Funeral Home, 45 W. Main St., Sodus, NY 14551. A “Celebration of Life” will be held at the Franklin House; date to be announced. A private burial will be held in Lake View Cemetery in Pultneyville at the convenience of the family. Memorial contributions may be made in his memory to the Ronald McDonald House of Rochester, 333 Westmoreland Drive, Rochester, NY 14620. Condolences may be expressed at www.HSNORTON.com

To send flowers to the family or plant a tree in memory of Bryce Sears, please visit Tribute Store
Friday
7
January

Share Your Memory of
Bryce
Upload Your Memory View All Memories
Be the first to upload a memory!
Share A Memory
Send Flowers
Plant a Tree