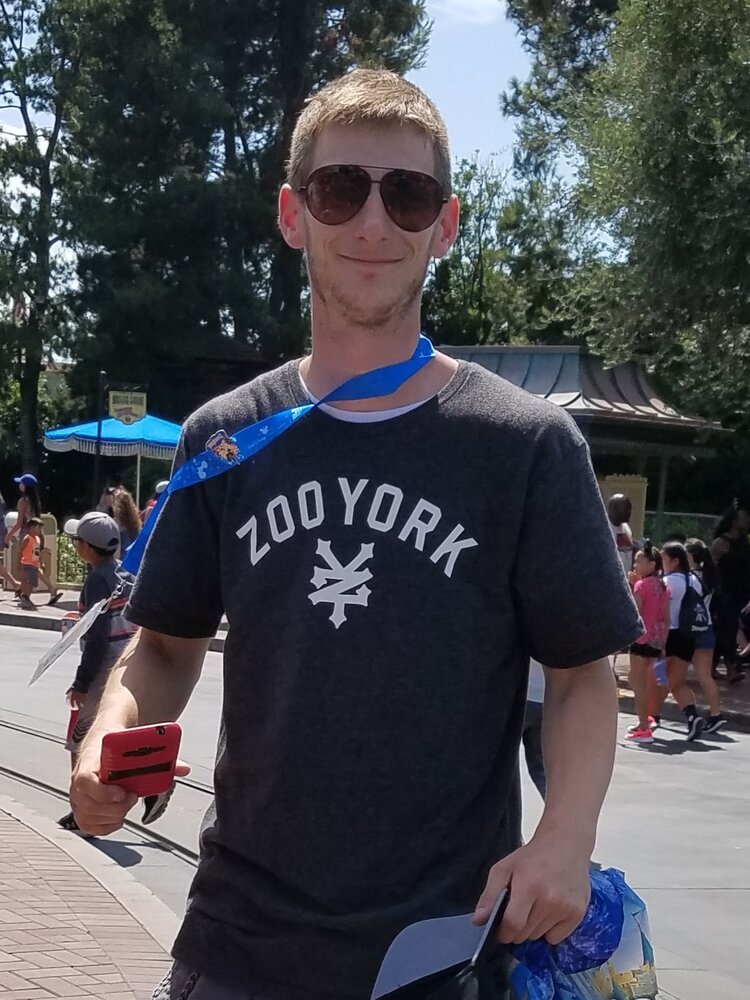 Please share a memory of Samuel to include in a keepsake book for family and friends.
View Tribute Book

Sam grew up in Wolcott, NY where he loved playing baseball and soccer. He journeyed coast to coast making friends no matter where he lived, and they were all family to him. Sam then settled on the west coast working at Tesla in Fremont, CA.

Sam loved being around friends and family, playing video games, all things Star Wars, collecting and playing magic, the Bills, and of course some Bacon and Taco Bell. He looked forward to moving back east, buying a house on the water, and restoring a classic car with his Dad. Sam could charm like no other and greeted everyone with a huge hug, said goodbye with a huge hug and told you he loved you, family and friends alike. His energy was intense and contagious to all around him, his smile and charisma would light up the room and you knew that Sam Hance had arrived. Or that grin that told you he was up to something.  He would strike up a conversation with anyone anytime anywhere. Sam knew how to laugh. He was devoted, loyal and had your back no matter what. He wore his emotions on his sleeve.
Sam was always willing to help out and get his hands dirty, whether it was helping someone move or installing a new light fixture, he was always the first person to jump in with a set of tools and an attitude of getting things done. He enjoyed barbecuing outside with his neighbors in California, while watching the Bills play. When he moved in, they said he brought a spark of life back to the neighborhood.

"Death is a natural part of life. Rejoice for those around you who transform into the Force." - Yoda

"The Force is strong with this one." - Darth Vader

"Remember, the Force will be with you. Always." - Obi-Wan Kenobi

Friends and family are invited to call 1pm - 4pm, Sunday, January 16, 2022 at Norton Funeral Home, 5925 New Hartford St, Wolcott, NY 14590 followed by a small gathering for family and friends at Skipper's Landing in Wolcott, NY from 5 to 8pm. A “Celebration of Life” will be held at a later date to be announced. In lieu of flowers, please consider a donation in his memory to the American Heart Association.

To send flowers to the family or plant a tree in memory of Samuel Hance, please visit Tribute Store
Sunday
16
January

Gathering for Friends and Family

Share Your Memory of
Samuel
Upload Your Memory View All Memories
Be the first to upload a memory!
Share A Memory
Send Flowers
Plant a Tree