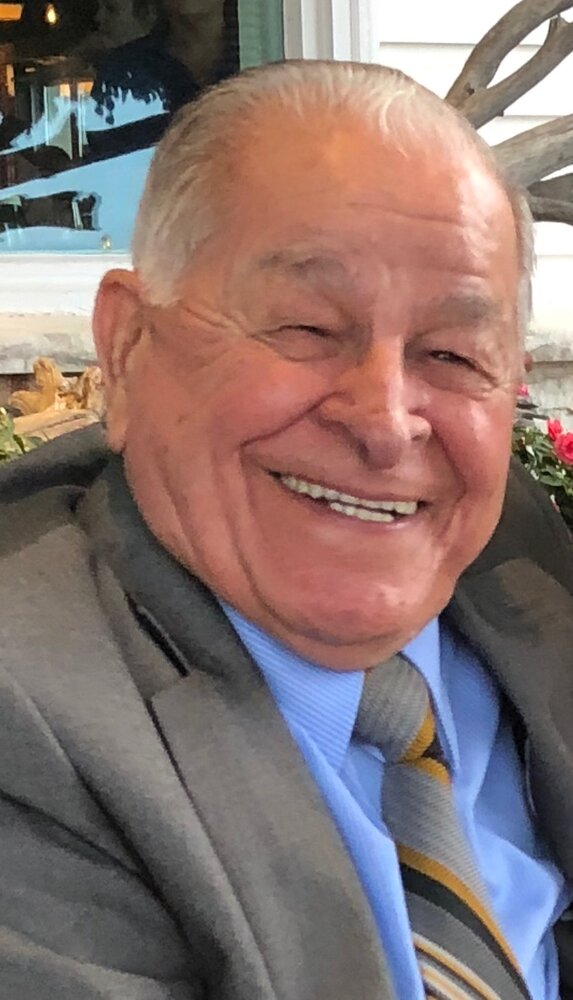 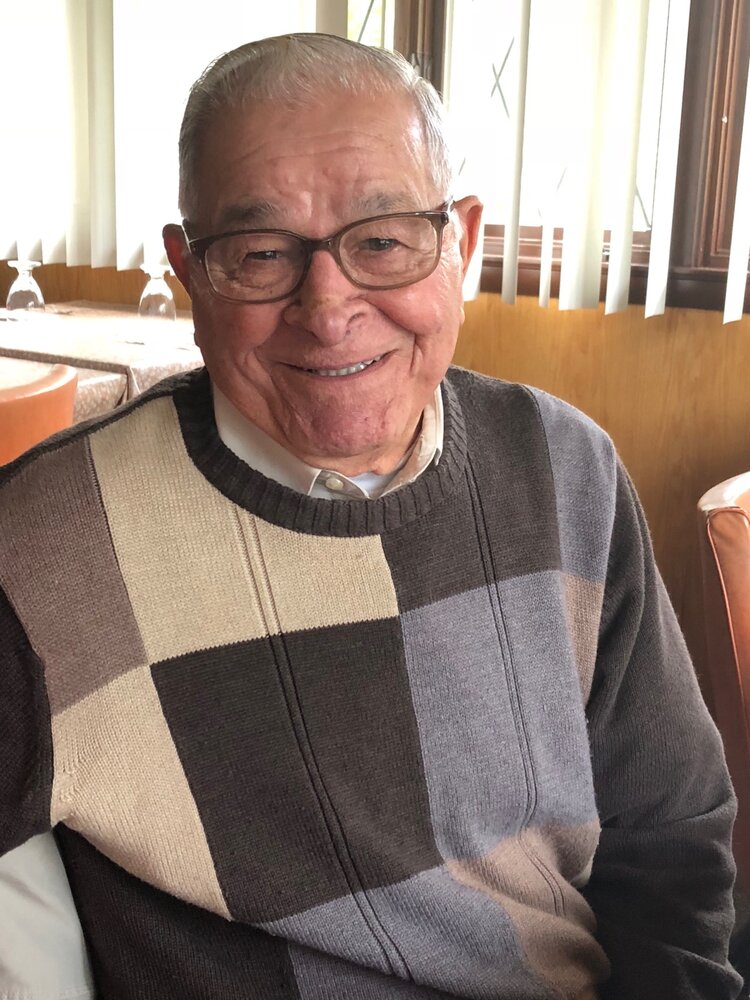 Please share a memory of Carmen to include in a keepsake book for family and friends.
View Tribute Book

He is predeceased by his parents and all nine of his siblings, Theresa, Mary, Angela, Rose, Samuel, Frank, James, Joseph, and Dominick; his wife of 39 years, Joyce E. (Mundy) Reppi.  On February 21, 2022, Carmen lost his loving companion of over 7 years, Susanna C. Peer.

Carmen is survived by his son, Carmen E. (Ted) Reppi and his wife Stacey (Notebaert) and their daughters, Alexandria and Sydney Reppi.  Carmen was blessed with many nieces and nephews and their families.

In 1945 Carmen left his job at Continental Can and enlisted in the US Navy as a Gunners Mate and served in the end of World War II and then in the Korean War.  While in the Navy he served on three different Navy vessels:  The USS Allagash, USS Fargo and the USS Rochester.  He was honorably discharged from the Navy in 1953.

Upon discharge form the Navy, Carmen went back to his job as a machinist at Continental Can. In the mid 60’s he moved to Sodus Point, NY and worked at Continental Can in Alton, NY till its closing in 1975- He worked for the company for 30 years.  In his last year with the company, Carmen and his family had the honor to be sent overseas to Germany where they lived for a year to set up and train people at a plant purchased by his company.  He then went on to work as a Security Guard at Clinton Corn in Montezuma, NY, and lastly as head custodian at Leavenworth Middle school in North Rose Wolcott where he retired in December of 1992.

Carmen always had a smile to give that would brighten your day.  He had a positive attitude and when asked recently how he lived to be 95 he said “You just have to let stuff roll off your back and not worry about things.  It all works out in the end”.  He is/was an inspiration to many.

The family held a  “Celebration of Life” celebrating Carmen’s 95 years on this Earth at 2:00pm on Saturday, March 5th at the Bible Baptist Church, 6463 Salmon Creek Rd., Williamson, NY 14589.   Interment in Sodus Rural Cemetery with Military Honors will take place at a later date in the Spring. In lieu of flowers, contributions may be made in his memory to Sampson Memorial Naval & Air Force Museum located at: 6096 State Route 96A, Romulus, New York 14541. Sampson Museum Website

Attention:   If you were at the "Celebration of Life" and happened to grab one of Carmen's Prayer Cards that was missing the complete prayer. We have printed new ones to replace those that were in error. Just call the funeral home 315-483-9951 and set up a time to pick one up. We apologize for any inconvenience it might have caused you.

To send flowers to the family or plant a tree in memory of Carmen Reppi, please visit Tribute Store
Saturday
5
March

Share Your Memory of
Carmen
Upload Your Memory View All Memories
Be the first to upload a memory!
Share A Memory
Send Flowers
Plant a Tree