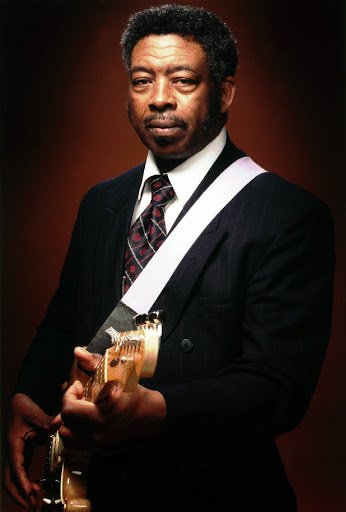 John passed away at home peacefully, surrounded by his loving family on April, 21st, 2020. He is survived by his wife, Mary Cole; sons; daughters; many grandchildren; sister, Annie Seal Collins of AL; and a host of other relatives and friends. Due to COVID-19 there will be no services at this time. Interment will be in Sodus Rural Cemetery on Route 88 in Sodus.

John, born in Union Springs, Alabama, has long been a favorite of Rochester Blues fans and swing dancers. He started in music early, playing guitar behind Sonny Boy Williamson as a teenager in Alabama, and sitting in with Bill Doggett while he was still in high school.

As a young man, John played guitar, bass, and drums in bands in Haines City and Clearwater, Florida. He first began singing out of necessity when the vocalist for the Flaming Rockets walked off stage in the middle of a gig! He also worked with his brother's band, the Blues Rockets, and backed O.V. Wright, among others. He was offered jobs with James Brown and Silas Green, but declined, not wanting to travel at the time.

Later, John moved to New York state and worked in the early 60’s with Sidney Blue in Sodus. There, he met Rochester blues legend Joe Beard and joined the Blues Union band in 1981, first playing bass, then guitar. John’s opening vocals were always a highlight of the Joe Beard show. In 1992, the John Cole Blues Band was formed and was a fixture at Shep’s Paradise, playing there every weekend until the club closed.

John was well known throughout upstate New York; his shows featured soul ballads and R&B favorites in addition to the blues, delivered with John’s trademark smooth vocal style and fiery guitar sound that consistently delighted crowds of all ages and backgrounds. No one ever left one of John’s sets without having been touched by his music. Consider that, along with the band’s repertoire of all the favorite blues tunes, as well as more than just a few ballads and R&B classics, and you know why they almost always closed the house with the audience begging for just one more tune.

The family is requesting donations to honor John by clicking on the Donate Now button below. If you wish to donate you may leave an online message for the family, which can be viewed by clicking on the Tribute Wall tab on the left. You may also choose to remain anonymous. All donations will be directly deposited to the funeral home. If you are unable to donate, please help 'spread the word' by sharing the tribute link below with all your contacts on social media, email and or text. A very big thank you to everyone in advance.

Condolences may be expressed at www.HSNORTON.com